The wind picked up and the boat began to sway under the storms raging power. While trying to remain calm, fear began to creep into the disciples eyes as they saw the waves grow bigger and stronger. Where is Jesus?

The storm began to grow in intensity until death was certain if it didn’t calm down. The disciples were terrified, seeing their lives flash before them. Someones shouts, “Where is Jesus? Why won’t He help us?”

A disciple makes their way down the steps into the stern of the boat dripping in salty water from the waves. When he reaches the stern he finds Jesus asleep on a cushion, seemingly unaware of the raging danger that awaits them up top.

The disciple awakens Jesus, ““Teacher, do you not care that we are perishing?” Jesus woke up and immediately rebuked the wind telling it, Peace! Be still.

In that instant the wind died down, the waves ceased, and the boat was still. Most likely still seeing the lingering fear in the eyes of His disciples Jesus called out to them, “Why are you so afraid? Have you still no faith?”

35 On that day, when evening had come, he said to them, “Let us go across to the other side.” 36 And leaving the crowd, they took him with them in the boat, just as he was. And other boats were with him. 37 And a great windstorm arose, and the waves were breaking into the boat, so that the boat was already filling. 38 But he was in the stern, asleep on the cushion. And they woke him and said to him,

“Teacher, do you not care that we are perishing?” 39 And he awoke and rebuked the wind and said to the sea, “Peace! Be still!”

And the wind ceased, and there was a great calm. 40 He said to them, “Why are you so afraid? Have you still no faith?” 41 And they were filled with great fear and said to one another, “Who then is this, that even the wind and the sea obey him?”

Can you imagine being a disciple on that boat? You’re following Jesus and have seen Him perform miracles but you still sometimes doubt His ability. The boat quickly becomes a death trap and our Master and Teacher is sleeping. I can imagine that they were mad that He hadn’t come up to help yet or check on them. And when He calmed the storms I’m sure they were once again reminded of exactly how great His power is and that it has no limitations. They had seen Him heal and do other miracles but seeing the wind and sea obey Him must have been incredible and astonishing.

I’ve also seen this miracle as a metaphor for my heart as well. He can calm my heart like He calmed the seas. I have always loved this miracle and I pulled a few points out of this miracle I would like to share with you.

First, we don’t need to doubt Jesus’ power. We should never have reason to doubt His power to perform miracles around us and in our own lives. I know it is hard…even the disciples, who had just seen Jesus performing miracles, doubted that Jesus could/would calm those storms. Also, just because Jesus doesn’t calm your “storm” does NOT mean that He didn’t have the power to.

Many times we doubt God’s power because He doesn’t follow through on what WE want or when WE want it. We must remember, that He always has the power we just have to be patient; something the disciples were not in that moment.

Secondly, our faith shouldn’t waver under fear. Now I understand we all have moments where fear seems to win, but we must have strong enough faith to withstand those storms and that fear. The disciples got too caught up in their fear to focus on the fact that Jesus was still in control and still the Miracle Worker. Their fear became larger than their faith and it threatened to sink them (no pun intended).

I believe that sometimes we are put through trials just to strength us and allow us to really use our faith. We must be willing to have faith through all seasons, hills, and valleys. Jesus deserves our ultimate trust and faith because He is faithful to fulfill His promises.

I pray that this Miracle Series is giving you some great insight and encouragement. 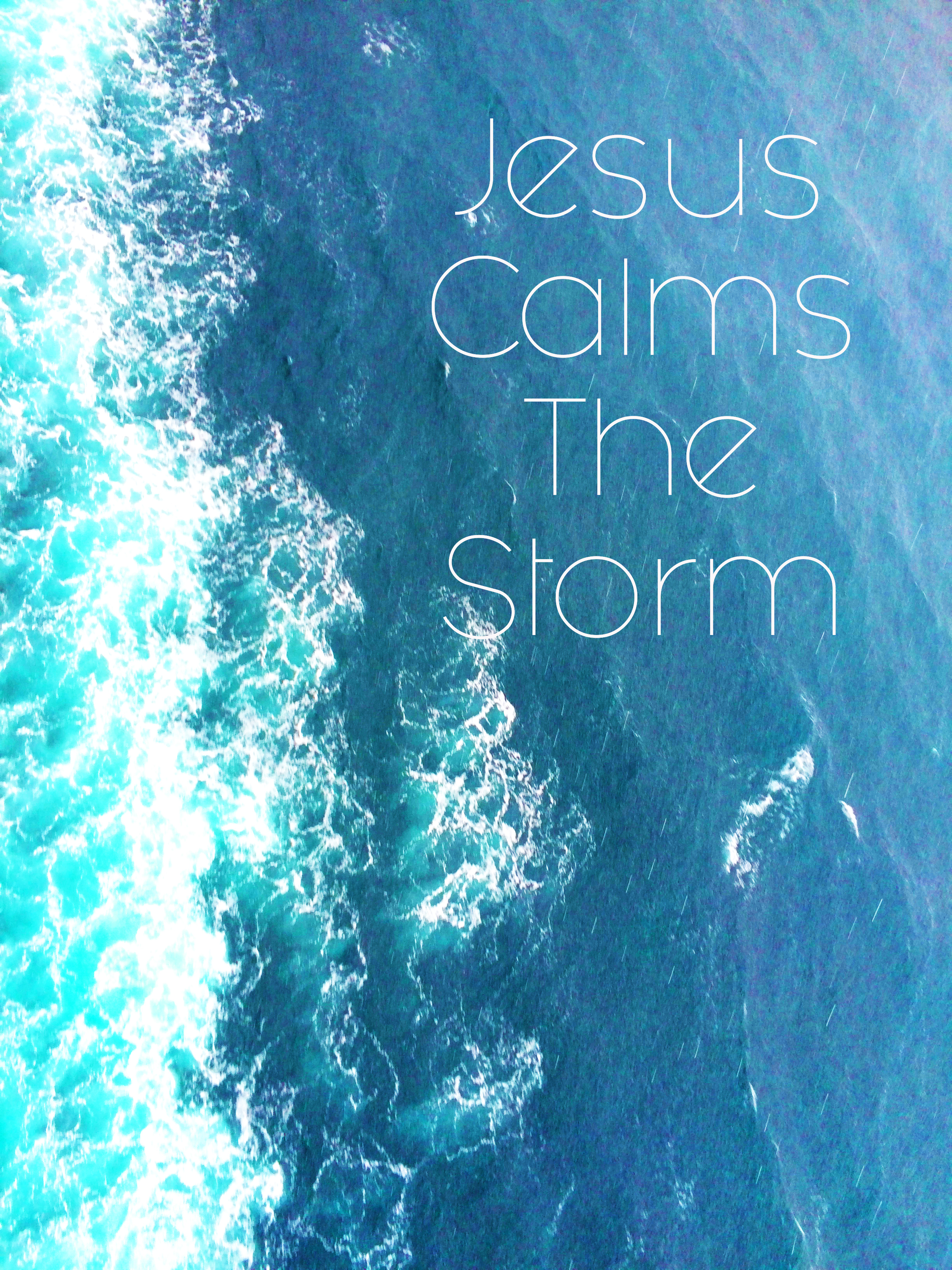