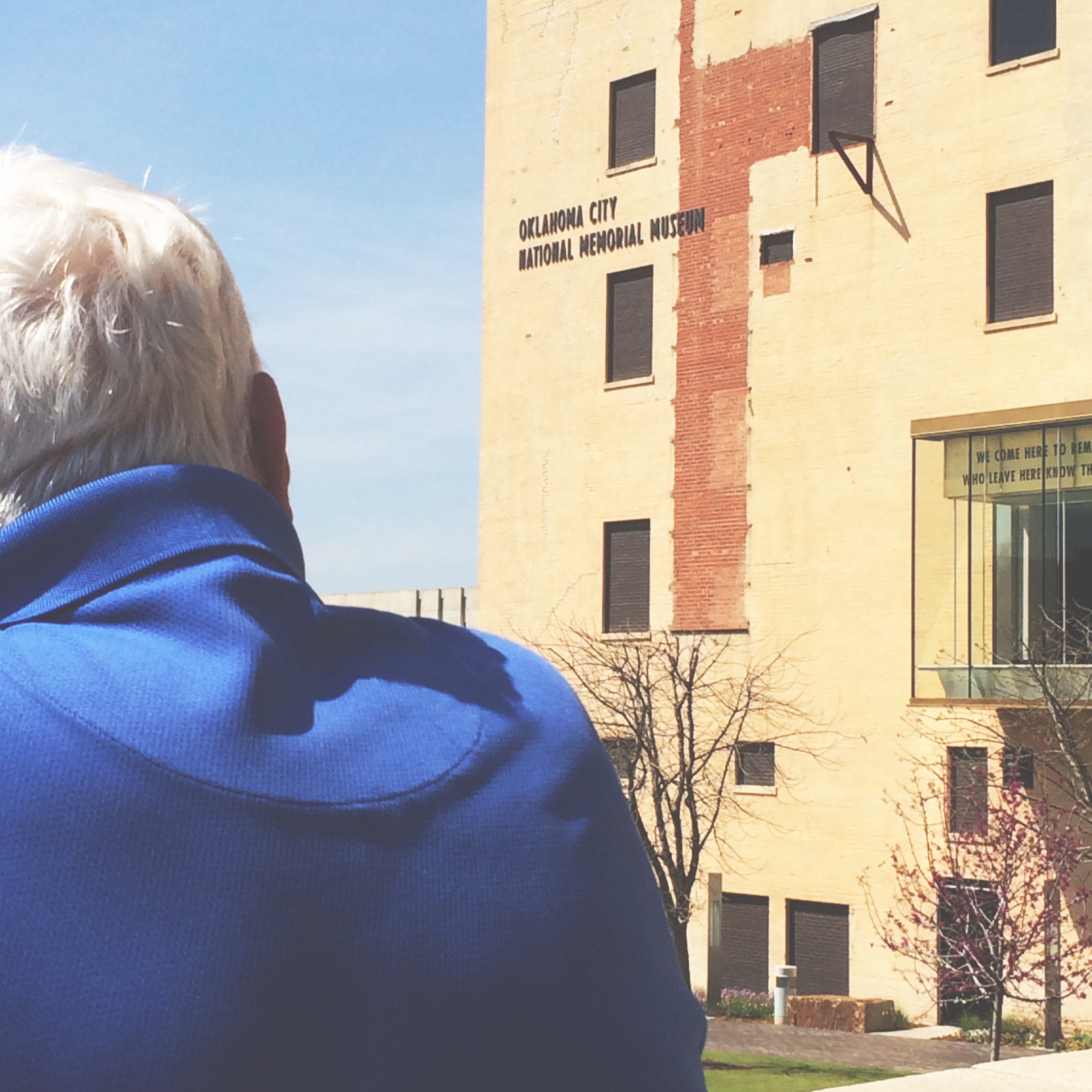 The sun beat down on the pavement of the Oklahoma City Bombing Memorial as retired fireman, Allen Houck, recounted the destruction he had to see and dig through.

At the time of the bombing, Houck said he was off duty in Edmond and was called into the station as backup since the on duty fireman were sent to the bombing. Houck, though still unsure of what had happened, reported to the training center. “I thought it was an explosion in the tunnels. Many people don’t know but there are a maze of tunnels under the city, so I felt like it was a gas explosion in one of those tunnels…but it wasn’t,” said Houck.

While covering stations that first day of the bombing, Houck explained that there were no emergency calls made across the city–no call outs for the fireman to handle. “Everything was quiet…and that’s probably the first time that’s ever happened,” said Houck.

While he stood looking over the empty chairs, his eyes didn’t focus on anything in particular, as the images of the memorial were haunting him of what the area looked like as he crawled through the debris, searching for life, he remembered the time he spent at the bombing site. Houck was sent to the bombing site the next day and was sent into the west end of the building. “We were crawling through tunnels that we were making…seeing if we could find anyone trapped in these tunnels,” said Houck. 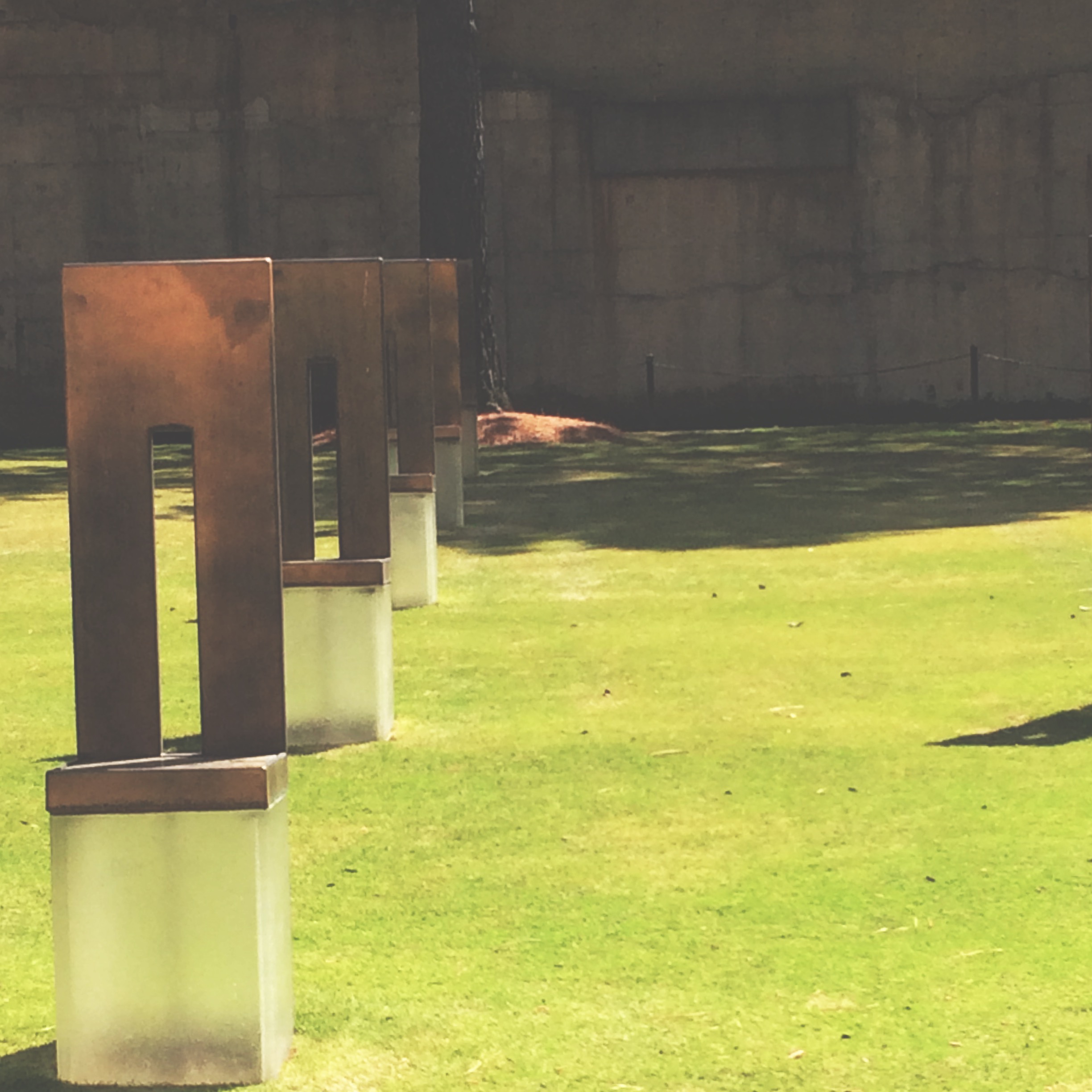 Houck explained that he never found anyone alive as he crawled through the broken glass and shattered concrete. “We know that after that, it is not a rescue mission it is a recovery mission,” said Houck.

According to Houck, his fire chief ordered any bodies found to be bagged and handled by Oklahoma City fireman and rescue teams. A way to honor the people they had lost. “Since they were Oklahoma City people, the firemen would be the ones to bag them…only the Oklahoma City Fire department would do that,” said Houck.

Houck walked along the reflecting pool, pointing out where the truck that held the bomb had been placed and where he had spent his time digging. His words fell upon few ears and almost silence even though it was in the middle of the downtown Oklahoma City area.  The emotion visible in his eyes and in his words. 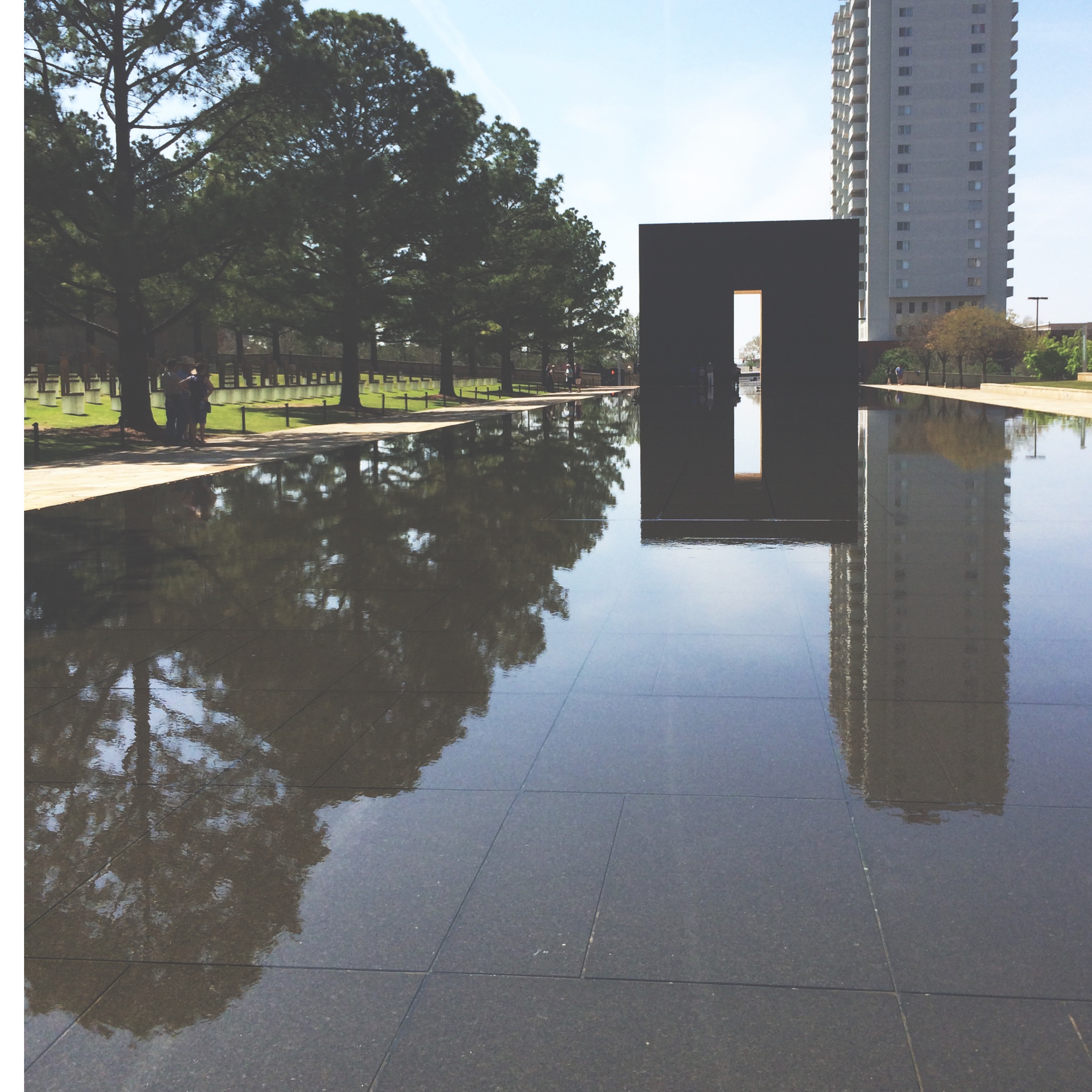 Houck explained the conditions he faced while he worked through the debris. He said that the glass and marble would wear out their knee pads and gloves very easily and would have to change pads often. The bodies were, according to Houck, the hardest part of working the bombing.

While in the midst of sadness and heartache, Houck said that the camaraderie was inspiring. “We had people from Florida, Arizona, New York, and all over come to help us. It made the city {and nation} come together,” said Houck.

Houck said that it was nice to see all the different departments come together and rally during such a hard time. “To see that type of destruction, and to work in it, it will either make you better or really have you down…and I feel like it made me better,” said Houck. 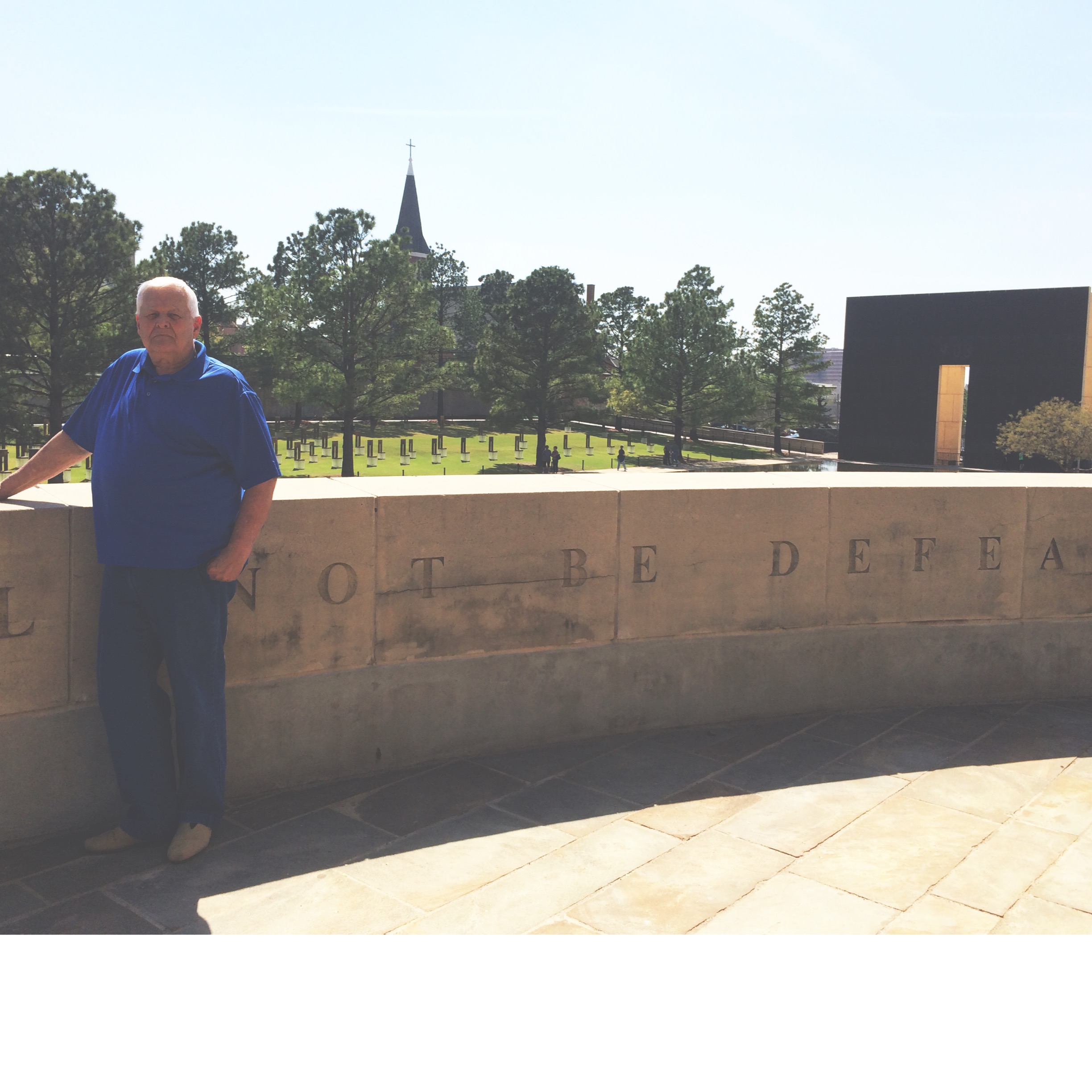 As he finished walking around the memorial, he explained that his faith in Jesus, his family, and his duty to the fire department kept him going during those long hours in the tunnels. For Houck, it seems like the bombing and the aftermath just happened, “I can’t believe it’s been 20 years…it seems like just yesterday we were down here and taking care of things.”

It is easy to see the pride and the raw emotion on Houck’s face as he walked away from seeing the bombing memorial again. While this was one of Oklahoma’s darkest moments, it also held great light because of the first responders who tirelessly worked the harsh aftermath of one man’s choice. 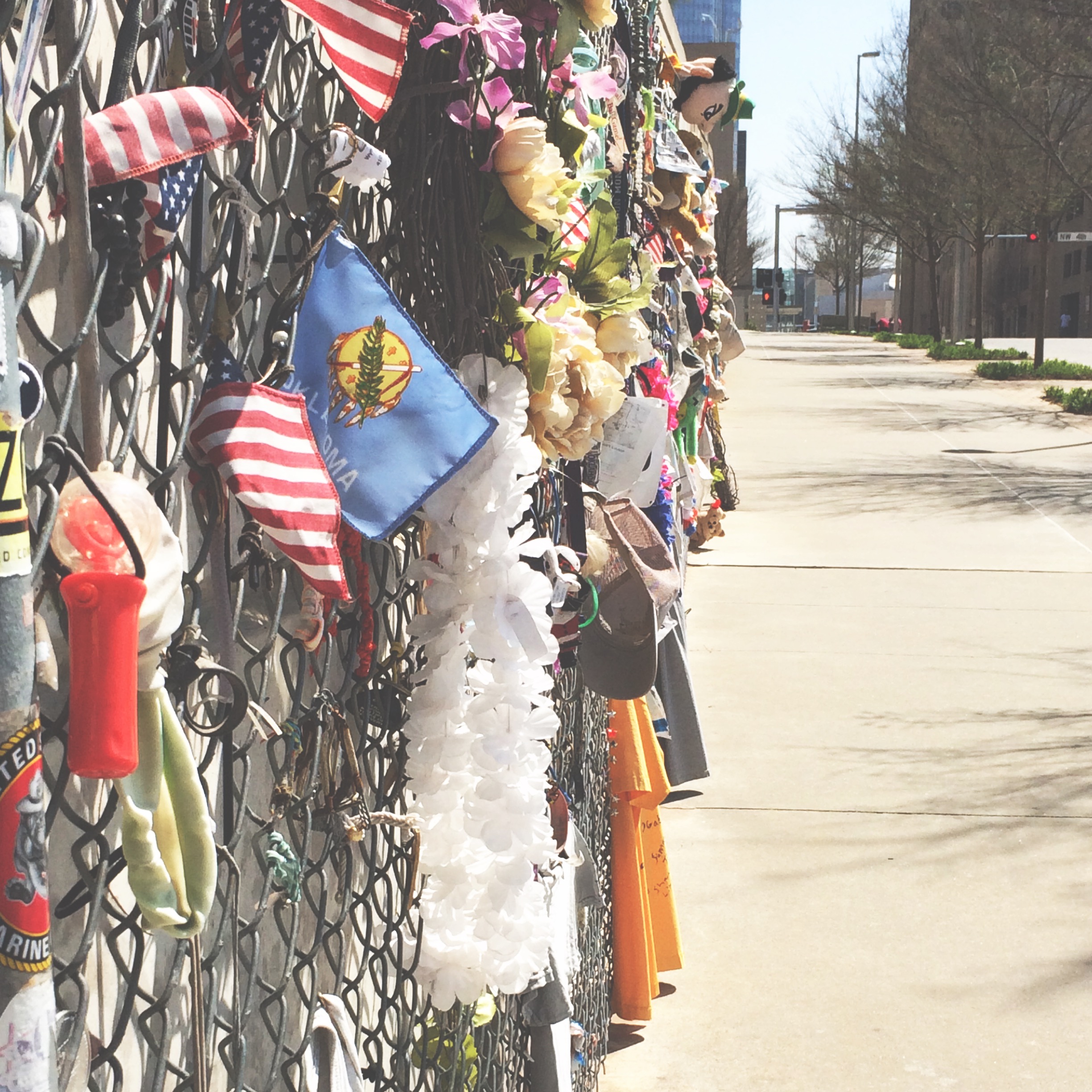 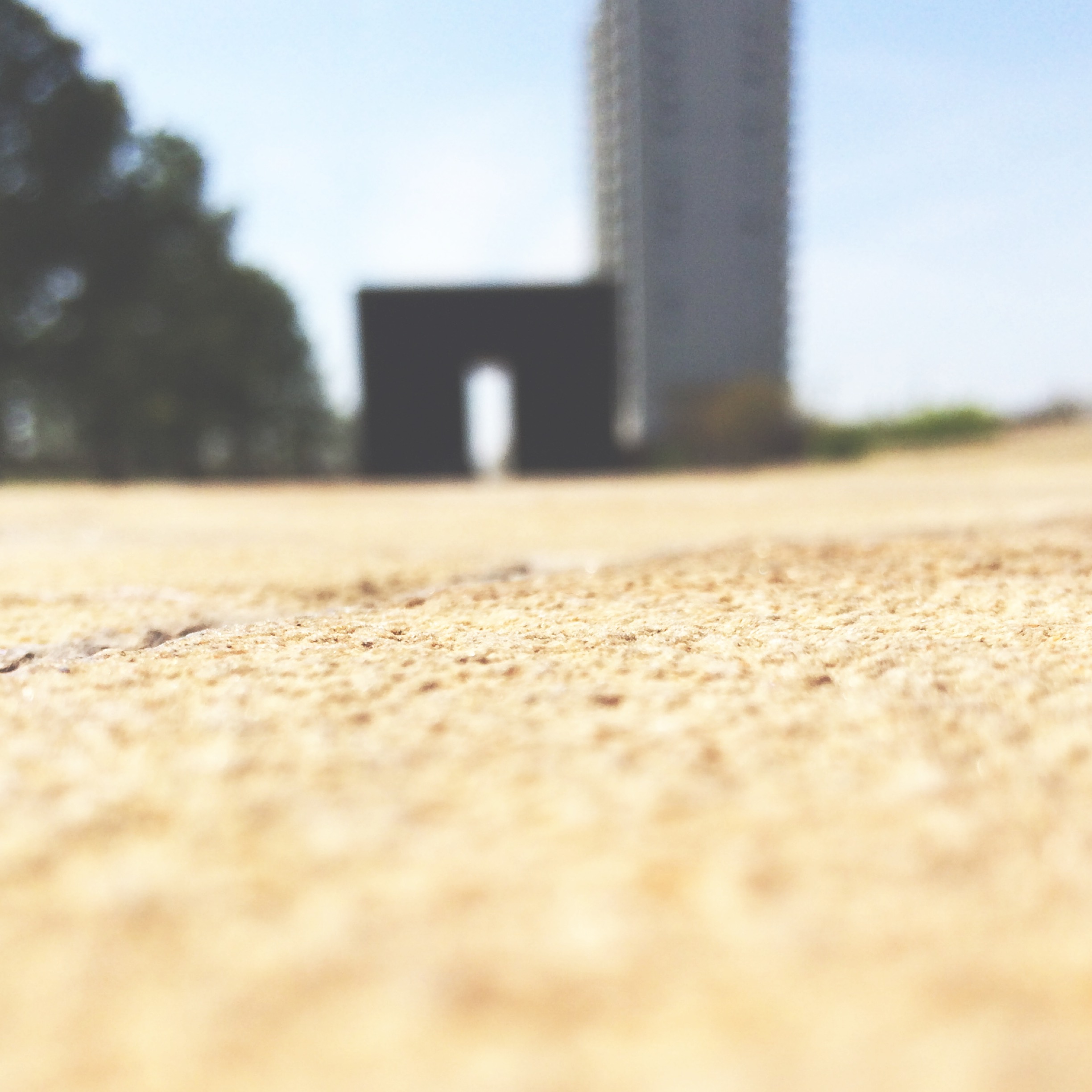 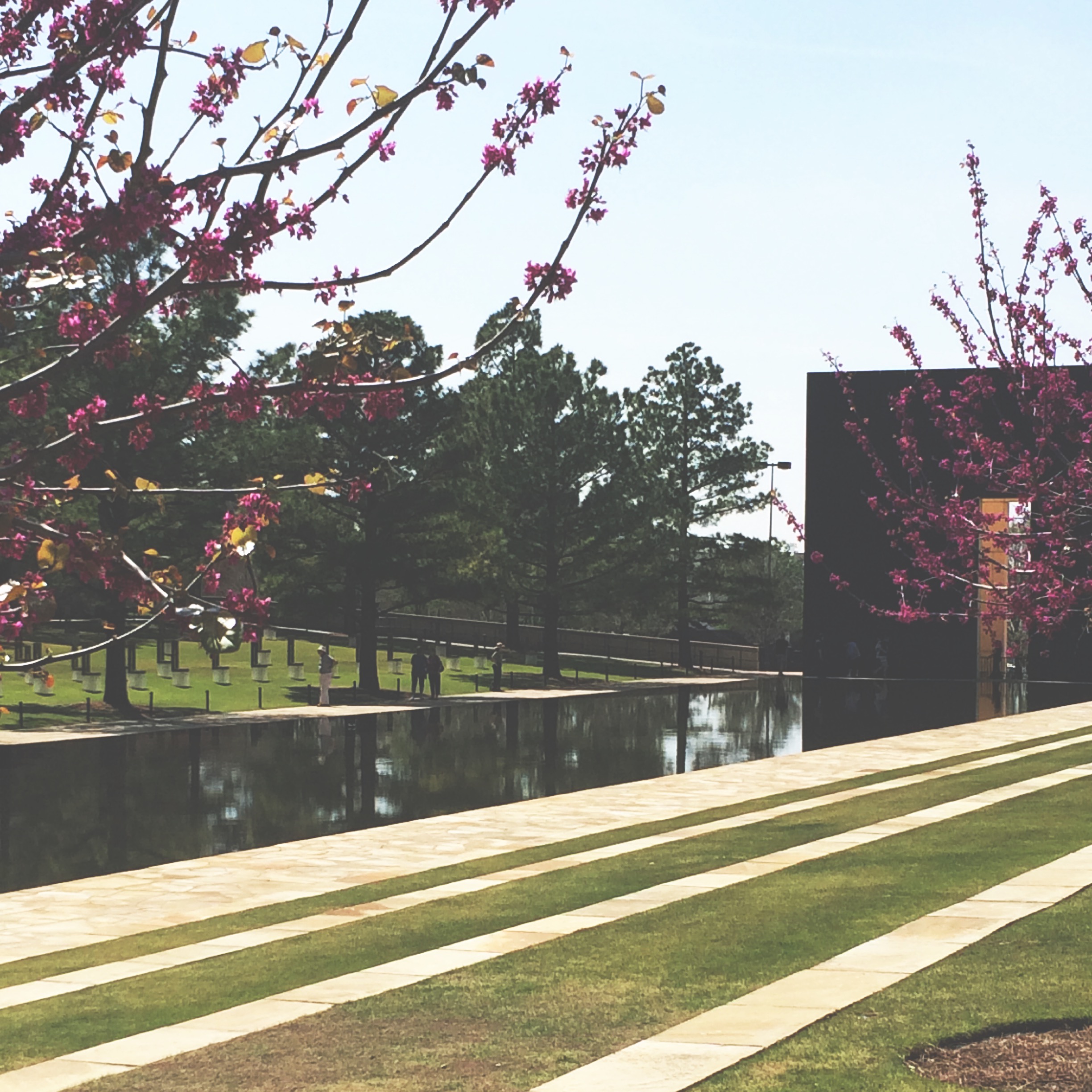 *Thank you to all fireman, paramedics, and policemen that worked the OKC bombing like Allen Houck. We owe you so much. Thank you.

*This is about my grandfather, Allen, and is a somewhat relaxed journalism toned story,

*Photography, interview, and writing done by me.